In fact, logistics services in Quang Ninh still exist many limitations, not commensurate with advantages ...

However, exchanging with Newspaper man, Mr. Nguyen Manh Ha, Director of Quang Ninh Department of Industry and Trade believed: Logistics field in Quang Ninh has a lot of development potential. The Cai Lan-VOSA logistics center, Quang Ninh with ICD Thanh Dat dry dock was invested VND 295 billion on an area of 49.7 ha in Hai Yen ward and Mong Cai city and is expected to continue to be opened 49ha more with a total investment of up to VND 1,200 billion

Infrastructure - one step ahead

In recent years, the transportation infrastructure of Quang Ninh has been invested quite strongly. In the province, storage areas, port logistics services, border gates with infrastructure has been forming which are assessed equivalent to the criteria of logistics centers.

Together with Cai Lan-VOSA logistics center, Quang Ninh with ICD Thanh Dat dry dock – a point of cargo export was invested VND 295 billion on an area of 49.7 ha in Hai Yen ward and Mong Cai city and is expected to continue the expandation on 49ha more with total investment up to VND 1,200 billion. Mong Cai is still the most dynamic development area in the logistics field of Quang Ninh. The infrastructure of Texhong Industrial Park in Hai Ha district is being formed with a preferential policy to attract the secondary investors, which will be a destination for potential development of logistics. Nearby is Hoanh Mo - Dong Van border gate logistics center, Binh Lieu district which has been approved for planning on an area of 27.3ha.

In addition, the province has many projects related to logistics services in economic zones and industrial parks; in which, 37 domestic projects, 6 foreign-funded projects have been granted investment registration certificates to build warehouses, wharves and yards with a total investment of VND 9,597 billion and USD 536 million.

The port system in Quang Ninh has: Cai Lan, Cam Pha, Mui Chua, Van Gia, Hung Yen wharf area and a Hai Ha harbor which is under construction. The system of inland waterway ports is formed including: 43 ports and 68 cargo terminals. The bonded warehouse system has 19 warehouses along with a network of 27 Customs agents operating at seaports and land border gates.

The biggest drawback in the Quang Ninh’s logistics is that the infrastructure system is productive but not synchronized, especially it has not been connected to the railway. The rear system behind the port is still weak, and road traffic has many congestion points. Logistics services also lack chain products and package solutions; there is a lack of connection between export enterprises and logistics.

Notably, Quang Ninh is one of the pioneering local in issuing a special plan on logistics development till 2025. The Provincial People's Committee has the Plan No. 14 / KH-UBND "on improving competative ability and logistics service development in the province until 2025 ”. This shows clearly the awareness of Quang Ninh leadership about the importance of logistics for the local economy.

Mr. Nguyen Duc Long - Chairman of the Provincial People's Committee once affirmed: "Determining logistics is an important service sector that plays a role of supporting, connecting and promoting socio-economic development, Quang ninh has investmented in infrastructure, prepared favorable conditions for developing logistics services. Together with the Special Administration-Economic Zone of Van Don, the province has chosen Quang Yen as a large logistic center. This is the implementation of the guidance of the Prime Minister on promoting development links, striving to make Quang Ninh become a logistics center and service center to effectively serve the economic development of the whole North coastal region".

Talking to newspaperman, Mr. Nguyen Manh Ha, Director of Quang Ninh Department of Industry and Trade believes: “Logistics field in Quang Ninh has a lot of development potential. That is, some big projects are investing in Quang Yen such as Atmanta project, Tien Phong industrial park, Mac lagoon area ... When Van Don special economic zone comes into operation, it will surely bring logistics services strong growth, not only tourism but also after-air service will have the opportunity to open. Some spontaneous and fragmented former border gate will be going into the planning with the development more synchronously and methodically. For example, warehouses and yards in Mong Cai area develop sporadically, now they are planned into a complete zone ”. 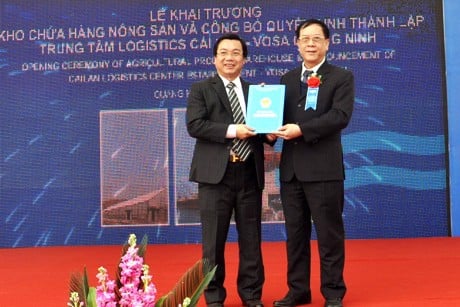 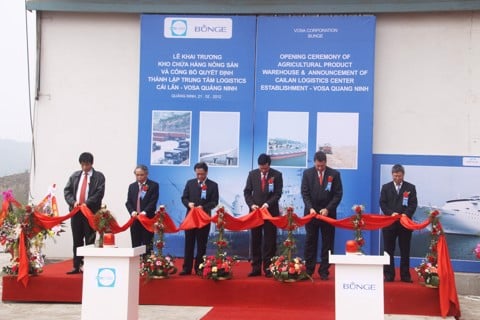 Upon realizing that traditional business of maritime services showing signs of slow development due to the impact of the global economic crisis, Vietnam Ocean Shipping Agency Joint Stock Company -... 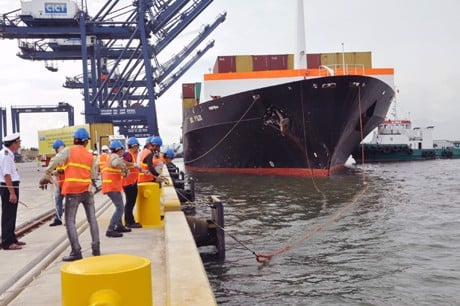 Experiencing many difficulties throughout the development process, especially in the context of many difficulties as current, but Vietnam Ocean Shipping AGency Joint Stock Company, Quang ninh (VOSA Quang Ninh) is... 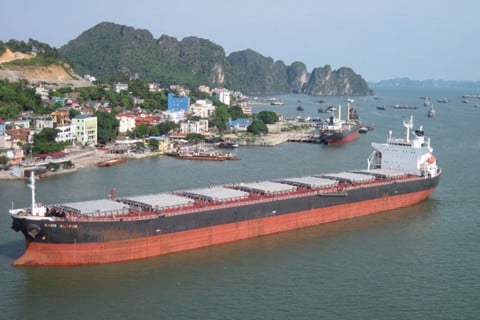 Each staff of VOSA Quang Ninh is always proud of being a member of VOSA Vietnam roof. At VOSA Quang Ninh, the creativity and dedication of each employee and the... According to the Prime Minister's Decision No. 1012 / QD-TTg on approving the Plan on development of logistics center system in the whole country until 2020, with orientation to 2030,... 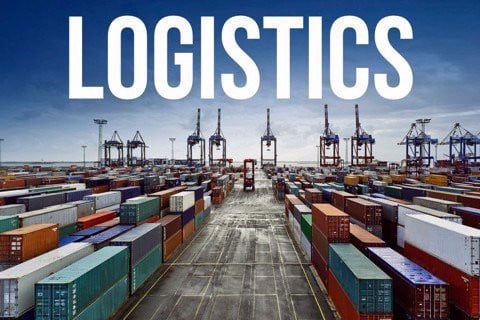 (VLR) On January 16, 2012, the 4th Conference of the 11th Central Executive Committee issued Resolution No. 13 / NQ-TW on building a synchronous infrastructure system to make our country... 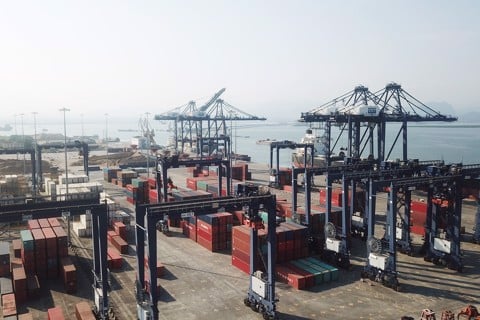 The development target to 2020, Quang Ninh logistics contribution rate will reach 16-18% in the service sector and reach 6-7% of the provincial GRDP.Quang Ninh province has just officially issued...